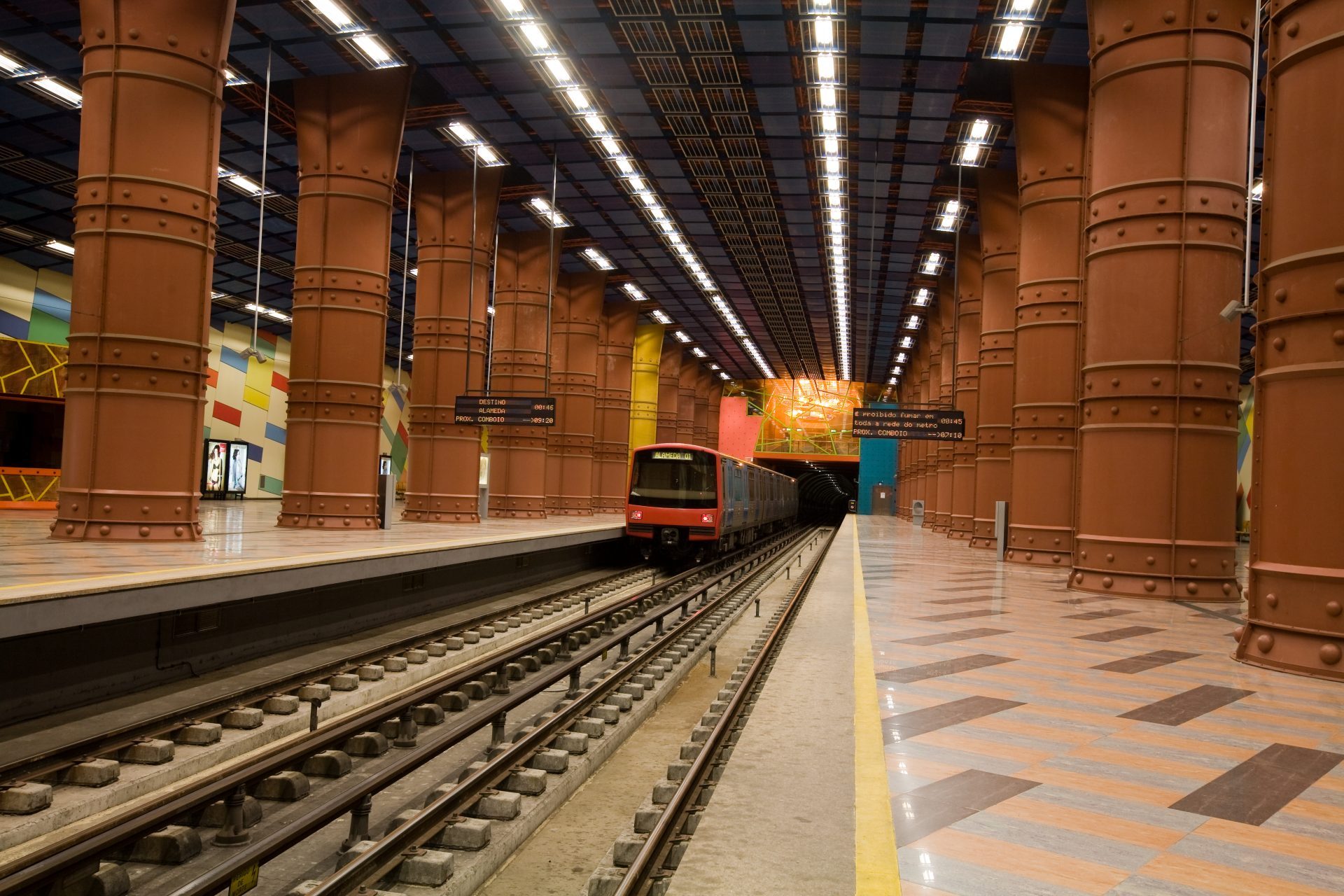 Main characteristics:
Zagope participated in the execution and construction of a tunnel with approximately 2 thousand meters long, the station and the galleries. The local topography imposed contingencies to the construction process resulting in some architecture singularities such as, for example, the huge ceiling height at the platform level, which enabled the implementation of a monumental colonnade. In 2012, it was considered as one of the most beautiful metro stations in Europe by CNN’s Impact Your World and in 2013 made it into the list of the 20 coolest stations of the world by the Huffington Post.